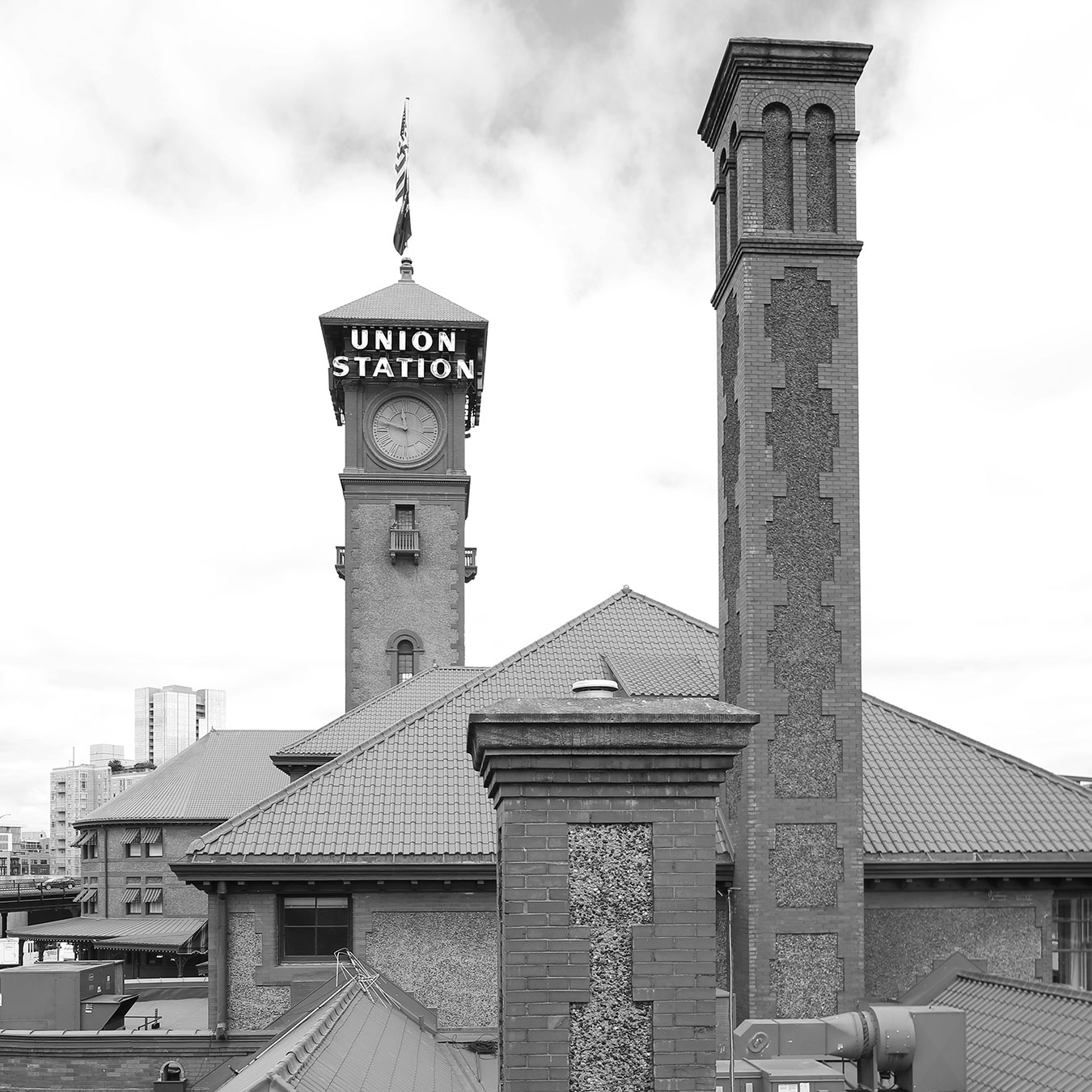 Unreinforced masonry buildings (URM buildings) have historic, character-defining features that make them desirable for many kinds of occupancies and preserving a place’s heritage. However, throughout the West Coast, URM buildings are susceptible to collapse in an earthquake. In preparation, states and individual jurisdictions are mobilizing to inventory these buildings and implement retrofit programs. What happens when there is no financial incentive for building owners to retrofit their URM properties? The structural engineer has increased impetus to design cost-effective retrofit solutions that minimize impact on the existing historic fabric, floor space, and character of the building.

We are experts in retrofitting URM buildings. We have a track record of implementing our strategies in California, a state that has led the charge in reducing this earthquake threat. As programs across the West Coast move to catalogue building stocks and incorporate URM ordinances, we bring our deep knowledge of URM retrofits to these highly seismic zones.

An Introduction to URM Buildings

URM buildings were very popular in the late 1800s-early 1900s due to their inherent fire resistance. However, by virtue of their base materials they are heavy and brittle—with limited, rigid movement in a ground shaking event. This was underscored when a large number of UMBs collapsed during the 1906 San Francisco earthquake (magnitude 7.9).

A typical URM building has a brick and mortar facade and consists of unreinforced masonry bearing walls with wood flooring. Generally, the heavy walls consist of solid bricks interconnected with mortar and lack central reinforcing elements. In most cases the walls have minimal, poorly-detailed connections to the roof and flexible (often weak) floor diaphragms. This makes them susceptible to out-of-plane failures and loss of floor bearing in seismic events. Layouts often include many door and window openings and are typically low-to-medium-rise. In the present day these buildings hold schools, emergency facilities, offices, hotels, restaurants, apartments, and more.

Understanding a URM building’s inherent strength allows us to better target retrofit strengthening schemes. Depending on the quality of its existing materials and configuration, we can understand which potential failure mechanisms to target.

Traditional building code has stringent limitations on the contribution of a UMB’s existing capacity. However, Performance-Based-Engineering (PBE) allows us to demonstrate a structure’s inherent strength and target additional strengthening in specific, vulnerable areas of a building.

By performing in-situ testing of a building’s brick mortar shear strength with PBE, we can create 3D computational models that include the building’s actual material properties. These models are subject to ground motions recorded from previous earthquakes. This allows us to see how the building would perform in actual earthquakes of different magnitudes and durations—as well as observe the specific locations and extents of expected damage for an efficient, targeted retrofit design.

A URM building’s retrofit strategy depends on the quality of the materials involved, specifically its brick mortar. Typical clay brick has low tensile strength and performs poorly under the repetitive shaking of seismic events. In earthquakes, the mortar is unable to hold the brick as it is pushed and pulled; as the mortar lets go, bricks fall with the next shake in the other direction. For this reason, conventional seismic retrofits of UMBs often involve adding a new lateral load-resisting structure to supplement or entirely replace the masonry itself. However, Holmes often takes an alternative approach, working to analyze and augment the capacity of the existing structure.

Benefits of an FRP retrofit include fast installation, very thin build-up (preserving floor area and existing finishes), and an overall non-destructive and lightweight solution. Challenges of an FRP approach can include limitations based on bond strength of the FRP (limiting the number of layers that can feasibly be applied) and the requirement for specialist contractors to install the product.


For this retrofit strategy, vertical cores are drilled through the center of URM walls from their very top down to their foundations. Reinforcing steel is then placed in the drilled hole and cementitious grout is pumped from the top of the walls to fill the core and surround the reinforcing steel. Center coring essentially turns the unreinforced masonry into reinforced masonry, thereby improving both the in-plane shear capacity and out-of-plane flexural capacity of the walls.

Benefits of center coring include a strengthening scheme that is completely hidden and does not impact floor area or either face of a wall. One challenge is the limitation of center coring within thinner brick walls. Specialist contractors and careful installation is required to avoid “blow-out” of the brick, which can occur if the coring is not kept vertically plumb. Additionally, center coring is a wet technique (water keeps the drill bit cool) which can affect historic murals and frescoes.


Conventional steel moment frames and braced frames can be installed within a UMB to provide seismic strengthening. Steel frame systems designed using traditional prescriptive code are generally designed to take all of the seismic forces of a building and assume the existing brick provides no contribution to resisting seismic forces.

Benefits of steel frame systems include the use of traditional building materials and techniques, as well as a fully reversible system (i.e. the frames could be removed, returning the building to its original state). Challenges and drawbacks include stiffness compatibility—requiring large, heavy steel members to be stiff enough to protect the brick. Steel frames can also impact a building’s interior program and/or block walls and windows.


Concrete or shotcrete shear walls are a commonly used seismic retrofit technique. Shear walls or concrete overlay walls are often installed over the inside face of existing walls and epoxy-doweled to the brick. Similar to steel frame schemes, the existing brick provides no resistance to seismic forces and the new concrete resists all loads.

Benefits of concrete/shotcrete shear walls include relatively fast installation times and traditional construction methods. Challenges and drawbacks are that the concrete walls add to the seismic mass of the building (increasing the amount of seismic forces to be resisted). The overlay walls also impact existing fabric/finishes and reduce floor area, altering the interior character of the building.

If preserving a historic landmark, Holmes works with the architect to preserve heritage features while providing the required level of fire protection. Holmes assesses applicable building codes and helps uphold the built fabric through code alternates and justifications. Some tactics to minimize impact on established aesthetics include: sensitively placing sprinklers and smoke detection; avoiding enclosure of open lobbies and foyers; utilizing egress pathways through historic doors and stairways; and even applying custom finishes to sprinkler heads to match historic paints.

For over two decades, California has upheld a mandatory retrofit program reducing its URM building earthquake threat. More recently, neighboring states and jurisdictions are following suit and devising programs to protect their communities. For these areas and beyond, we are an ally in retrofitting URM buildings economically and with respect to architectural heritage.


Since California enacted its Unreinforced Masonry Building Law in 1986, the state has required its cities to have a plan in place to 1) identify UMBs and 2) establish loss-reduction programs. Of the ~26,000 UMBs estimated to be in California, ~18,000 have received some level of mitigation and ~8,000 have not.

The City of San Francisco has retrofit and/or demolished over 95% of its UMB catalogue. Holmes is working along with the City and remaining building owners to complete compliance with the local ordinance, and we are pushing this momentum forward to assist other West Coast jurisdictions.


With over 5,000 URM buildings estimated within its state lines, Oregon could benefit from a state-mandated retrofit program.

In the meantime, the City of Portland is taking the initiative to discuss its own Seismic Retrofit Project. While being debated politcally, the developing policy aims to 1) require the mandatory retrofit of all URM buildings in the city and 2) establish methods to help building owners implement the policy. Portland has published an interactive map of its URM Database, boosting public awareness of its vulnerable buildings and their upgrade status.
Portland’s Interactive URM Map


In 2018 the Washington State Legislature directed the Department of Commerce, in cooperation with the Department of Archeology and Historic Preservation (DAHP), to initiate an inventory of URM buildings in Washington state, excluding single-family housing. The inventory found ~3,100 potential UMBs of which 170 are emergency facilities and 219 are schools. The intent of the inventory is to identify, catalogue, and ultimately remediate the state’s UMBs.
Washington’s Interactive URM Map


In 2008, the Utah legislature passed a resolution urging “the Utah Seismic Safety Commission to compile an inventory of unreinforced masonry buildings so that the quantity and extent of the problem in Utah can be determined.”

In the Salt Lake Valley alone, there are over 185,000 unreinforced masonry buildings, many of them single-family residences. In 2017, Salt Lake City introduced its Fix the Bricks program, a grant scheme that covers up to 75% of seismic retrofit costs to eligible applicants.
Salt Lake City’s Fix the Bricks Program

We know we’re onto something when the engineering becomes a thing of beauty.